Italian heritage is rich with vibrant traditions. Learn more about Italian culture, regional specialties and the heart of the Italian lifestyle. 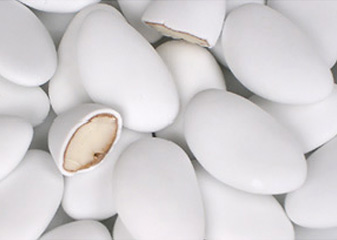 The end of a traditional Italian wedding is usually met with showering the bride and groom in some sort of confetti. Originally, the celebration called for tossing almonds, but as almonds were expensive, the tradition changed over the years and at one point it became popular to throw coriander seeds, known as coriandoli in Italian. The phrase is often used to this day to replace the word for confetti even long after coriander had been used, and has since been replaced by rice, rose petals or tissue paper confetti.

But, don’t forget about those almonds. Occasionally referred to as “confetti” as well, candied almonds soon became a popular favor for guests at an Italian wedding reception. The sugar coating is meant to overpower the natural bitterness of the almond in hopes that the newly married couple will share more sweet times than bitter during their lifetime together.